[highlight]Many of the arguments in this post are already aggregated in the very insigthful #pencilchat, so go there for more knowledge on the perils of pencils.[/highlight]

The Times They Are a-Changin, but not always for the better.

Pencils is the best contemporary example.

Some naive techno-optimists would have you believe, that they’re the only solution to the current so-called “crisis in education”.

This seemingly innocuous tool for writing is really a wolf in sheep’s clothings, and we need to reconsider our current fascination with this dangerous artefact.

But why would we want to deny ourselves the immense pleasures of pencils? Everybody knows that using a pencil is nice, and might even make certain tasks easier and more enjoyable? 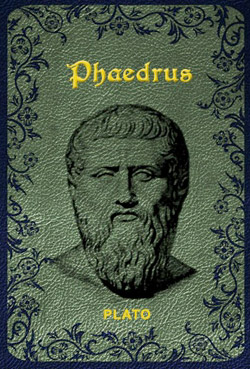 First of all, pencils are the anti-thesis to proper intellectual development, as they undermine the need to remember and to develop ideas within oneself. This was  discovered by Plato thousands of years ago, and described with all desirable clarity in Phaedrus:

[blockquote]If men learn this, it will implant forgetfulness in their souls; they will cease to exercise memory because they rely on that which is written, calling things to remembrance no longer from within themselves, but by means of external marks. What you have discovered is a recipe not for memory, but for reminder. And it is no true wisdom that you offer your disciples, but only its semblance, for by telling them of many things without teaching them you will make them seem to know much, while for the most part they know nothing, and as men filled, not with wisdom, but with the conceit of wisdom, they will be a burden to their fellows [/blockquote]

Is there really any credible, solid research proving the often-claimed link between pencils and student learning? How do we know, that pencils are worth the massive initial investment in infrastructure & supplementary training?

As stated over on #pencilchat, an ever more outspoken problem lies in the lack of confined use patterns. Who could possibly predict, how students could go about using pencils?

For one thing, they would certainly be writing all kinds of silly notes, passing them around in class and thus removing focus from what’s important – the teacher. In continuation of this, cheating would without a doubt reach staggering heights. How can we properly and exactly measure, grade and categorise our students, if they manage to break our system by working together in devious ways?

They might also figure out a way to adopt pencils for even more transgressional purposes, challenging existing social norms, or even distributing revolutionary thoughts and ideas. Entire societies could be overthrown by frantic students, all rallied around the power of the pencil. We need to avoid this and we need to retain control of what’s being written.

Most teachers are wary of pencils, and would rather not adopt this tool. Should we really force them to use something, which has no proven benefits and numerous potential undesirable consequences? Finally, pencils could eventually challenge the position of the teacher. If students could go about writing, doodling and drawing anything, they might even figure out a way to do so without the intervention of teachers.  This is obviously undesirable, because how would we control our students, what they learn, and – more importantly – what they do with what they learn?

I see no other solution than making a clear, nonambiguous statement for everybody to see:

Ban and burn all pencils.