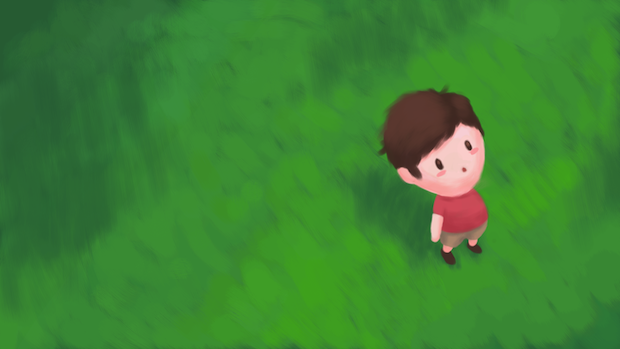 Even so, the one thing that keeps me coming back, and keeps me curious and excited as ever, is the almost incomprehensible diversity of games today.

To some, this may not be the most obvious of statements, and I have to keep reminding myself, that, in a way, I’m living in an echo chamber (or filter bubble) of sorts. Despite my continous attempts to break out of the bubble, I’m living in a world, where  playing games is comme il faut, the regular thing to do.

At the same time, many people don’t see past the big titles, the billboards, the sensationalist headlines.

It’s big and weird and overwhelming. It’s a beautiful world of chaos, violence, mayhem and umsympathetic characters. It’s a technical wonder, and I frequently stop to marvel at the light. It’s also all the stupid things, some people hate about video games – and to an extent, I can understand that. I also share the concerns expressed by the brilliant writer Tom Bissell:

One of GTA V’s characters admits at the end of the game, “I’m getting too old for this nonsense.” And you know what? I felt the same thing numerous times while playing GTA V, even though I continue to admire the hell out of much of what it accomplishes. So if I sound ambivalent, Niko, I think it’s because I’m part of a generation of gamers who just realized we’re no longer the intended audience of modern gaming’s most iconic franchise.

Earlier this year, I played another huge blockbuster, The Last of Us. It might be less controversial, and it certainly is a more structured narrative, where we’re not allowed much freedom to roam. To me, it was an emotionally compelling experience, where I  remained engaged more or less throughout the duration of the game (despite the slightly trivial gameplay, consisting of sneaking and killing):

One of the most surprising and positive game-related experiences I’ve had in recent years, was spending around 100 hours with the three (amazing!) Mass Effect games. At the time, I was having a hard time getting really involved with the big games, which led to a fair amount of frustration. The meaningful choices and interesting characters of this huge sci-fi adventure had me completely immersed for hours on end:

If all games were like GTA or The Last of Us or Mass Effect, however,  or if all games simply shared the ambition to be big, polished (& expensive!) blockbusters, I’d probably have stopped playing games long ago (or, in the very least, my enthusiasm would have significantly diminished).

Luckily, that’s not the case. At all.

Yesterday I played something completely different, namely the little gem that is “Castles in the Sky“:

It’s a delightfully poetic experience. It made me feel a child-like sense of wonder and exploration, as I kept going higher and higher. When I learned, that Cara Ellison wrote an immensely beautiful piece about the game, my appreciation only deepened further:

As the boy jumps up and up and up, text appears line by line to tell a bedtime story in poetic rhythm, uses your climb to imprint phrases upon the blue backdrop of how you should ‘bend your knees and away you go, to find castles in the sky’. The rhythm is soporific, easy-reading. I imagined myself reading this to someone I loved as I climbed clouds. I imagined that I was reading it to someone who loved me.

I think @Carachan1 had a slightly deeper experience than I did with "Castles in the Sky", but what a beautiful piece http://t.co/0kCrhujATK

It makes me happy, that people care to make games like that, and that other people write so eloquently about 'em.

I’ve played numerous games like this. Or, actually, I haven’t.

It’s one of a kind, just as many, many games are.

What I have played, however, is a lot of games, that are nothing like GTA or The Last of Us or any of the more or less generic shooters too many people often considers to be almost prototypical games.

I come to think of similarly poetic and thoughtful games like Today I Die, Dear Esther, Braid, …But That Was [Yesterday], and the list (literally) goes on. Oh, and then there’s Journey:

Some people spend time and energy arguing, that some of the games mentioned here are, in fact, not games. It is, of course, a fully legitimate (and probably important) part of our ongoing quest to understand games, but…I have realized, that I care less and less about that discussion. Does it really matter if a game qualifies as a game?

I don't care about games. I care about experiences. Some games allow for amazing experiences – as do other media & the world in general.

As I wouldn’t want to only play GTA, so would playing nothing but games like Castles in the Sky probably end up being a fairly boring endeavour. No one thing would be very interesting (to me), if it was all the same.  The real beauty is in the diversity, the differences, the  odd experiences (and the imperfection) (the same goes for mankind, I guess).